Top Cryptocurrencies to Watch in 2022

The crypto market is still evolving despite the significant losses most cryptocurrencies have seen in the first couple of months this year. In recent years, cryptocurrencies exploded in popularity and they are expected to remain among the top growing investments. One billion Bitcoin wallets are estimated to exist by 2025 while prices are expected to skyrocket again.

A cryptocurrency is a digital asset that uses cryptography, an encryption technique for security. Cryptocurrencies are primarily virtual currencies designed to buy and sell goods or services. They lack the intrinsic value as they are not redeemable for another commodity, like gold for example.

Unlike traditional currencies, they are not issued by a central authority, which raises doubts about their legality and credibility among some investors. On the other hand, this defining feature of cryptocurrencies makes them theoretically immune to government interference or manipulation.

Read more on How To Start Investing in Cryptocurrencies

Cryptocurrencies are typically ranked by their market capitalization. The value of a cryptocurrency is considered a direct reflection of investment appetite in the currency. However, there are more complex stories about each cryptocurrency behind the value. Each cryptocurrency has its own technological properties and unique appeal to investors.

The devastating start highlights the high-risk tolerance that crypto traders should have. Not all investors can smartly tolerate a double-digit decline in a matter of weeks. Due to high volatility, crypto trading is a bumpy ride.

However, the crypto market is promised for further gains. And for those willing to get on the crypto roller coaster, now looks like a good time to start investing in cryptocurrencies. Here are the top cryptocurrencies to watch in 2022.

Top Cryptocurrencies to Watch in 2022

As the original cryptocurrency, Bitcoin is also the most popular and highly valued, despite the high volatility that shaped its history. Bitcoin was initially created to be used as a digital payment system, but it was seen as too volatile to be used for that.

Bitcoin is the first blockchain-based cryptocurrency, created in 2009 by Satoshi Nakomoto. Since then, bitcoin has been attracting millions of investors and became the largest cryptocurrency by market cap. The virtual currency operates on a peer-to-peer network, blockchain, allowing users to make digital financial transactions without the need for a financial institution.

Read more on What You Need to Know Before Trading Bitcoin.

Aside from that, Bitcoin is the first cryptocurrency to be traded on future contracts by the CME Group, the first to be included on the balance sheet of a company that is listed in the S&P 500 index. There is a huge potential that many companies will follow Tesla in diversifying their corporate treasuries from US Dollar to Bitcoin in the coming years.

In April 2021, the Bitcoin market cap reached an all-time high over $1,000 billion. Since then, it declined to around $840 billion in February 2022 while prices averaged at $44,000. Even with recent declines, BTC is still the top valued cryptocurrency.

Check The Cryptocurrency You Should Buy in 2022 Other Than Bitcoin

Ethereum is the second-largest cryptocurrency by market cap, behind Bitcoin. Ethereum price jumped to over $3,000 from about $11, increasing roughly by more than 27,000% in five years, before hitting a record high at $4,800 in November 2021.

As both a cryptocurrency and a blockchain platform, Ethereum is an open-source blockchain that boosts its appeal among developers due to its potential applications. It was built on top of the Ethereum blockchain, which operates smart contracts.

Ethereum enjoys several competitive features over other cryptocurrencies. It is not just a coin, it’s an entire crypto platform with a wide range of uses. It also plays a significant role in daily digital transactions. The value of ETH is derived from more than the demand and supply of ether. The size and wide scale of Ethereum have given it more credibility. Especially that many cryptocurrencies have emerged for specific purposes, and some even came up as jokes. The Ethereum platform is the base for decentralized finance (DeFi), non-fungible tokens (NFTs) and smart contracts.

The currency was created by Vitalik Buterin, a Russian-Canadian programmer. Unlike Bitcoin, which is primarily considered as a store of value, the value of Ethereum derives from its enablement of smart contracts in decentralized applications.

Solana was created in 2020 using a unique hybrid proof-of-stake and proof-of-history mechanisms which help in processing transactions more quickly and securely. The Solana was launched at $0.77. By November 2021, its price peaked at $260. SOL also suffered from notable losses this year, trading down by almost 60% near $100, which brought the total market cap to around $32 billion. Solana is seen by many experts as the major rival to Ethereum due to its programmer-friendly compatibility.

DOGE saw an impressive price rally in 2021. On May 9, 2021, SpaceX announced a Dogecoin-funded journey to the Moon, making it the first cryptocurrency-funded space trip. Recently, Tesla announced accepting payments in Dogecoin.

Even after trading 80% lower from its peak, the currency managed to maintain a total value of $19 billion, making it among the top 10 cryptocurrencies when excluding stablecoins.

Unlike many cryptocurrencies, the number of Dogecoins that can be created is unlimited, which leaves the currency vulnerable to devaluation as supply increases.

Read also: What if You’ve Invested in Cryptocurrencies One Year Ago?

Cardano was established as a more sustainable cryptocurrency through faster transactions and less energy usage. Notwithstanding its slower evolution when compared to its crypto competitors, Cardano is believed to be a cryptocurrency worth watching in 2022 thanks to the rollout of the smart contracts technology announced last year.

Similar to Ethereum, Cardano enables smart contracts and decentralized applications. It is secured by a proof-of-stake protocol named Ouroboros. It distributes network control across stake pools: node operators with the infrastructure required to ensure a consistent and reliable connection to the network.

Cardano was founded in 2015 by Charles Hoskinson, a computer scientist and co-founder of Ethereum. Also known as ADA, Cardano has been relatively growing compared to other major crypto coins. The currency’s price was $0.02 in 2017. In September 2021, Cardano’s price reached an all time high at $3.10, marking an increase of over 10,000%.

Cardano is among the top traded cryptocurrencies with a market cap of more than $36 billion, despite losing more than 50% of its total value in the last year.

Check How to Choose the Best Broker for Cryptocurrency Trading?

Now you can trade Crypto easily with AximTrade around the clock. Open forex account and get the best of both worlds.

Explore the best trading conditions with AximTrade, a global leading broker with a top competitive leverage in the market up to infinite leverage. 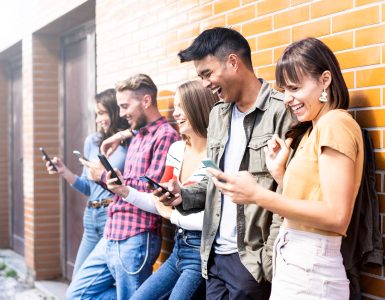 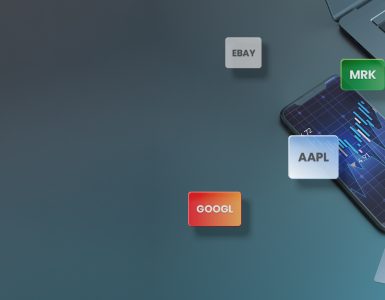 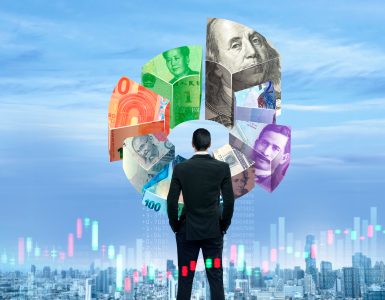