Chart patterns play an integral role when it comes to analyzing price charts in forex trading. The chart pattern is a very critical analytical method that helps saving efforts and money. They are common in forex technical analysis and developing a trading plan as they are very effective and easily recognizable with a bit of practice. Known as one of the easiest trading methods, forex chart patterns are visual clues on where the prices are directing.

What are Chart Patterns?

Chart Patterns are price formations on the chart that helps to predict where the price is heading, based on historical charts. They help traders to analyze the bullish and bearish forces in the market. By predicting who is about to control the next movement, these patterns help traders to position accordingly. Analyzing chart patterns can be applied for short- and long-term trading as well as different markets.

Deprived from the assumption of technical analysis that history repeats itself, forex chart patterns have proven to be highly credible in forecasting price movements following the formation of price patterns. Chart patterns are divided into three main types:

Price patterns are known for their repetitive nature, meaning that they repeat themselves over and over. They basically depend on the trading psychology and how traders react to certain price movements. Recognizing these patterns allow traders to open the right positions.

Every pattern has its own characteristics and is used to detect potential price movements. Usually, chart patterns are applied on candlestick charts, which makes it easier to follow open and closing price levels of an asset. Some are more applicable during high volatility, while others are more beneficial on stable trends. Also, some are best used in bearish trends, while others are used for bullish trends.

The Head and Shoulders is a reversal pattern that is formed at the end of an uptrend or a downtrend. It signals that the underlying trend is waning and is about to reverse. This pattern has a distinctive appearance resembling its name that looks like a head (the highest high) surrounded by two lower highs (the shoulders).

In an uptrend, the first shoulder is represented by a high followed by a retracement on the downside, the head is formed as a higher high followed by another retracement and a lower high. In this case, it signals a bearish reversal. On the downside, the pattern has the same structure but reversed. The left shoulder is a bottom, followed by a lower bottom before forming another higher bottom. This one is known as the Inverse Head and Shoulders or Reverse Head and Shoulders Pattern and is used as a bullish signal.

The Head and Shoulders Pattern is applicable for different markets including forex and stocks. When identifying this pattern make sure to assess the overall market trend using technical indicators and price action, distance between the Head and both Shoulders should be as close to equidistant as possible and the neckline which connects the the low point between both shoulders is preferably be horizontal, but that is not imperative in all cases. Breaching the neckline is usually the bearish signal where traders set their entry point for the short positions.

The double top is also a reversal pattern which indicates that the underlying trend is reaching its peak and will end soon. It consists of two semi-identical price peaks. Usually, prices tend to form a peak before retracing to test the nearest support level, then it will climb once more forming another peak and fall. This reflects the battle between bulls and bears. The bulls will try to bring the price up more than once, but in the end the bears take control and push prices down.

The double top is a bearish reversal pattern that is formed at the end of a waning uptrend. Typically, the two highs are at about the same levels, or very close. Bearish signals are triggered when the price falls below the support level or the neckline, targeting the same distance between the neckline and the two highs.

On the contrary to the double top, the double bottom is a bullish reversal chart pattern that appears at the end of a downtrend. It has the same formation characteristics of the double top, but inverted. The pattern is shown on the chart as a low, followed by an upside retracement and another low before price starts to move up. Bullish signals are triggered when the price rises above the resistance level or the neckline, targeting the same distance between the neckline and the two lows.

Triple Top and Triple Bottom are pretty similar to the Double Top and Double Bottom patterns, except that triple top and triple bottom have three swings highs and three swings low respectively. Both Triple Top and Triple Bottom are reversal patterns. Trading signals are triggered by the break of the support and resistance lines targeting an equal distance between the support line and the highest top (for the triple top) or the resistance line and the lowest bottom (for the triple bottom)

The rounding top is a reversal chart pattern that signals a gradual change from bullish to bearish sentiment. It is shown as a rounding top as bulls try to push the price higher, but eventually prices reverse to the downside. The bearish signal is triggered when the price breaches the support line connecting the highs of the pattern, targeting an equal distance between the support line and the highest top.

The rounding bottom is a vertically flipped rounding top that signals an imminent reversal to the upside. It happens due to waning bearish sentiment, leading to an upward trend. The bullish signal is triggered when the price breaches the resistance level connecting the lows of the pattern, targeting an equal distance between the resistance line and the lowest bottom.

The Cup and Handle is a bullish continuation chart pattern which appears in the middle of an uptrend. Prices make a low similar to the letter “U” that looks like a rounding bottom followed by a slight price pullback or a falling wedge which resembles the handle of the cup. This pattern reflects a temporary bearish control over the market before perusing the overall bullish trend. On the downside, an inverse Cup and Handle is formed in a downtrend and signals a continuation of the underlying trend.

The wedge is a continuation chart pattern that can be either bullish or bearish. It is formed when the price of an asset moves between two converging trend lines. Depending on the location and trend, the wedge can indicate both reversal and continuation of a trend.

The rising wedge can be interpreted as both bearish and bullish, it can either be a continuation or a reversal pattern.

A continuation rising wedge pattern is identified by:

A Reversal rising wedge pattern is identified by:

The bullish wedge can be found in an uptrend, while the bearish wedge is formed during a downtrend and the trendlines slope is usually to the upside. When trading the wedge pattern, targeted prices are equal to the maximal height of the wedge. The breakout point is the entry point for this pattern.

The descending triangle is identified by a downward sloping resistance level and a flat trendline. Descending triangles have two or more identical lows which allow for the horizontal line to be drawn.

The rectangle is a continuation pattern that suggests the continuity of the underlying trend. There are two types of rectangles, bullish and bearish. It is defined based on the underlying trend. Bullish rectangle patterns are formed in an uptrend and signal a consolidation phase before resuming the overall trend. Bullish signals are triggered once the price breaks the upper side of the rectangle in an uptrend, and breaks the lower side in a downtrend. Price target is set at equal distance to the height of the rectangle.

Experience the most reliable trading conditions and infinite leverage account with one of the best brokers in the financial markets. AximTrade is an award-winning brokerage service provider and the title partner of Porsche Carrera Cups Asia (PCCA) 2021. The company offers top-notch technology, competitive leverage conditions, the lowest spreads, and diversity of account types and investment capitals. 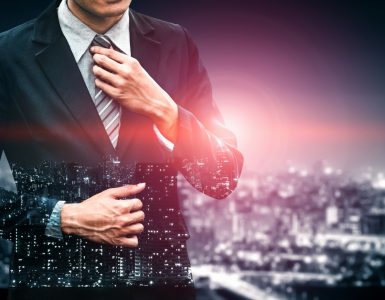 Weekly Market Outlook – This week is packed with more policy statements from several central banks as well as key data releases. The Reserve Bank of New Zealand is set for a 50 bps rate hike as inflation reaches...