What Are the 7 Major Currency Pairs in Forex Trading?

Most of the top currency pair traded is always comes from a country or continent which holds a strong economic status such as the European continent, United States, Japan, United Kingdom, Switzerland, Australia, New Zealand, and Canada.

What is the definition of currency pair?

In the financial markets and foreign currency exchange world, the currency is always traded and addressed in pairs. It’s quoted in two different currency which verses between the base and quotes currency. For example, EURUSD, The first 3 letters “EUR” which represents the EURO dollar is a base currency and the second 3 letters “USD” which represents US Dollar is a quote currency. It can be easily interpreted as when we are buying EURUSD it simply means that we are buying the Eurodollar and selling US dollar and if we are shorting EURUSD it means we are selling Eurodollar and buying US dollar. This is how usually the transaction happens throughout the world.

Most of the top or major currency pair traded is always comes from a country or continent which holds a strong economic status such as the European continent, United States, Japan, United Kingdom, Switzerland, Australia, New Zealand, and Canada. These are the main countries that do the major transactions in sectors such as goods, services, income, and financial assets, liabilities, etc. These are the reason why their country currencies are usually called the majors. On top of that, the Eurodollar and US dollar are the international reserve currencies.

The 7 major pairs are EURUSD, GBPUSD, AUDUSD, NZDUSD, USDCAD, USDCHF, and USDJPY. These major pairs are often referred by their nicknames such as Euro for EURUSD, Cable for GBPUSD, Aussie for AUDUSD, Kiwi for NZDUSD, Loonie for USDCAD, Swissy for USDCHF, and Yen for USDJPY.

Below is the survey was done by the Bank of International Settlements (BIS) triennial survey which was taken in September 2019.

According to the survey, among the 7 major currency pairs, the highest traded with transaction volume are EURUSD with 39%, USDJPY with 21%, GBPUSD with 15%, and AUDUSD with 10% respectively. Due to its highly traded volume, these currency pairs contribute to volatility in the market that usually gives more opportunity for traders especially the EURUSD pair. The EURUSD is the most famous currency pair that has the lowest spread compares to any other major currency pair.

Characteristics of the Major Currency Pairs

The most popular and the top major pair in the financial world. EURUSD Mostly pushes in one direction throughout a trading session. It is most active during open markets such as London (London Open Market). However, it is commonly known the Euro does not move much in a single day.

It is steady and slower when it comes to movement. During the Asian trading session, the currency is more active. However, it also does well during New York and London trading sessions.

Known for its volatility, and rugged movement. It has rugged and unreal breakouts during the London trading session. It is in this session that it makes a lot of movement.

The USDJPY is considered one of the best currency pairs for forex beginners. It is the second trading pair in Forex Market.

It most actively traded during New York and London trading sessions. Most traded by retailers, central bankers, and financial institutions.

These are the most traded pairs in the forex market even though many traders have different tastes in lists of major currency pairs, the following pairs are found in almost all the lists, GBPUSD, USDJPY, and EURUSD.

These currency pairs have values that are linked to commodities such as gold, coal, iron, or oil. These include USDCAD and AUDUSD

The different types of currency pairs

While the major currency pairs acquire most of the trading activities, there are other types of pairs that traders invest in and these include minor and exotic pairs.

Minor pairs are not popular as the major currency pairs and they are mainly pairs that don’t include the US dollar (USD). Some of the most traded minor pairs are the EURCHF and GBPJPY. The minor currency pairs are usually attracting very specific types of forex traders who are specialized in conducting fundamental and forex technical analysis for certain economies. In conclusion, while the minor pairs are not popular for forex traders but they are still quite liquid for some of the pairs.

Trading in currency pairs offers flexibility to the investors. The amount of money one can use in trading has got no restriction. The market also runs all through apart from public holidays. The market is not regulated by any single central bank therefore the prices cannot be influenced by any nation. There’s no limitation on the number of currency pairs a trader can trade-in. Finally, the transaction cost is also low as is with other markets.

Now that you have an overview of the major currency pairs in the Forex market, make your knowledge profitable. Open forex account and enjoy reliable trading conditions and flexible forex leverage with access to forex, indices, metals, and cryptocurrencies. AximTrade’s MT4 provides extensive tools for price analysis with a set of in-built technical indicators and charting tools.

Different traders have their preferred currency pairs when it comes to trading. However, it is important to note that becoming successful in forex trading needs patience, passion, and discipline. One needs the skill to analyze both fundamental and technical analysis. Finally, knowing the global trading sessions will boost one’s strategy of trading. A word of caution though, there are operational risks that come with forex trading since the forex market works all through, unlike human beings. What this means is, if someone cannot invest in trading robots, there is a possibility of making losses in their absence. However, for multinational companies, it is not a big deal because they are represented all over the world.

Learn How to Trade Currency Pairs

To start forex trading, it is important to learn the basics of forex analysis and the MT4 trading platform. There are plenty of educational resources to enhance your skills with trading strategies and to master the art of fundamental or technical analysis. Eventually, attending online webinars and courses and getting in touch with professional traders can help speed up the process. These steps are essential to help you avoid common mistakes usually made by beginners. Read the detailed guide on how to Learn Forex Trading.

Another method to learn is imitating professional traders until you get sufficient to trade on your own. Copy trading is a strategy through which a trader can copy a professional trader’s positions, either automatically or manually. This trading technique aims to follow professional traders who have a track record you would like to emulate. It is a way to automate your trading strategy. Copy-trading allows traders to monitor and learn from the strategies of successful traders. This technique best suits traders who don’t have time to keep up with the market or still lack the experience to trade profitably on their own. Learn more on how to CopyTrade with AximTrade. 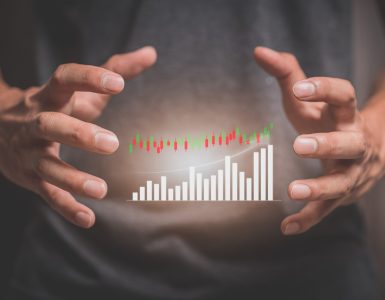 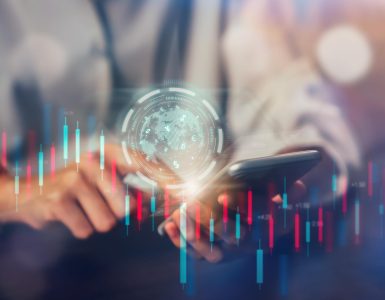 Have you ever asked yourself if you want to become a signal provider? As an experienced trader, it’s sure this has crossed your mind, even for once. In the forex market, proficient traders are always conveyed as a... 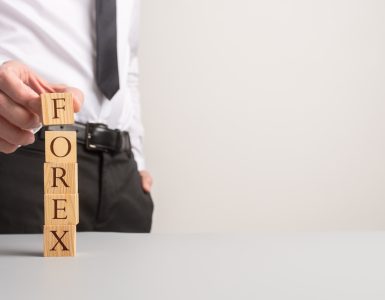 There is a common myth that getting started in Forex trading requires a large amount of investment. The truth is that it is absolutely possible for the young to start forex trading without investment, and there are...