What is the Spread? How to calculate Spreads in Forex Trading

The spread is a major concept in forex trading and it is basically the transaction cost for a trade. The trading fee that a trader pays affects the total cost of trading, that’s why it should be a key consideration when choosing a reliable Forex broker.

Contents hide
1 What is the Spread?
2 How to Calculate Spread in Forex Trading
3 Different Types of Spreads
4 Spread Vs. Commission Explained

What is the Spread?

It is defined as the difference between the bid and ask price of a currency pair. That is usually measured in pips, the smallest unit of price movement. The larger the gap, the higher the spread. It can be very small in a high liquidity market, but when the market is less liquid, spreads will be wider.

How to Calculate Spread in Forex Trading

Spreads can be influenced by many factors that include market volatility, the traded instrument and liquidity.

There are two main types of spreads in the forex market; fixed and variable.

Fixed: it is the simplest form, which is novice-friendly. The fixed type guarantees that the difference between Ask and Bid prices remains the same even with changing prices. Nevertheless, it is very helpful for accurate trading cost planning, better risk management and protects the trader from higher trading costs. This type generally suits scalpers and other short-term traders.

Variable: also referred to as floating, they are variable fees depending on the instrument traded, broker, and market conditions. The difference between the buy and sell price of a particular currency pair may fluctuate in a range. It changes as the bid and ask prices of a currency pair change. The variable fees tend to be lower than fixed ones in a high liquidity market. However, traders may get exposed to wide spreads during high volatility or low liquidity periods. This type works better for long-term traders as they have the luxury of less restricted timing for opening their positions.

The spread is defined as the cost that applies to forex trades. While the spread refers to the trading cost, the commission is known as the compensation for trading intermediaries in non-spot forex, it is less popular in the retail Forex industry. Zero-spread and ECN accounts usually have some sort of commission, which is based on trade volume. This type is preferred by traders who prefer to trade news and low liquidity markets.

By paying commissions, which are usually high, traders avoid abnormal wide spreads, requotes, and slippage. Most forex currency pairs are traded without commission. But brokers will apply spreads that will be affected by the currency pair traded, volatility level and the lot size of the trade. The entire amount is paid upfront, compared to the commission that is charged on entry and exit levels.

Get Tight Spreads with AximTrade

With AximTrade, enjoy low competitive spreads from zero to 1 pip on all majors. In addition to easy access to real-time pricing of the forex market and quoted buy and sell prices for a number of instruments via our online platform. Experience the freedom to decide at which price you want to buy or sell, and execute the transaction at any time. Manage your trades as efficiently as it can be.

AximTrade is a fast-growing brokerage service provider in the global markets with a highly advanced MT4 execution and Copytrade platform. One of the core values of AximTrade is to enable forex traders with easy-to-use technology, educational resources, technical analysis, varieties of forex bonus promotions, and a highly competitive trading environment with the best trading conditions. Explore the diversity of forex currency pairs, and the best trading conditions with AximTrade, a global leading broker with a top competitive leverage in the market up to infinite leverage.

Forex for Beginners: How to get started with Forex Trading

While forex trading has drawn a lot of attention over the years and become more accessible now than ever before, most beginners still lose money in the hopes of earning big profits quickly. When it comes to trading... 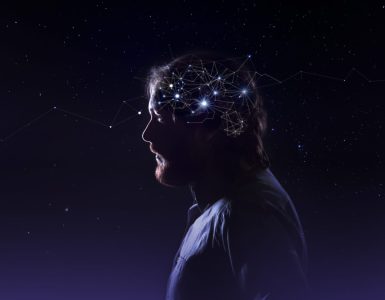 For years, humanity has been baffled by the belief that the ‘Earth is a flat square’. But, as soon as Columbus proved this misconception wrong, trade took off, and the world began to flourish. Likewise, many...