Countries with free-market economies tend to rely on exchange rates to determine their level of trade with other countries. To prevent the costly mistake of trading currencies inappropriately, it is crucial to be aware of the economic data and how they affect the exchange rate movement. Thus, it is no wonder why the exchange rate is among the most carefully watched, analyzed, and manipulated economic measures.

GDP is a lagging data indicator. It is one of the primary data indicators used for evaluating the health of an economy. This data represents economic growth and the size of the economy.

GDP figures allow us to show or study the percentage change from the previous quarter or year. For example, when the GDP of a country is up 4% in 2021, that means the economy of the country has grown by 4% since the previous measure of GDP in 2020. An annual GDP figure is considered one of the best indicators of the economy’s size and growth. An increase in GDP is a good sign, as it means that businesses are making more money. It also suggests that living standards have improved in that country. In case GDP is declining, it’s vice versa.

GDP fluctuations can also be influenced by the comparison between one quarter’s GDP figure to the previous quarter, in addition to what economists expect for this quarter.

CPI is also a lagging data indicator. Investors and economists use this data to track the changes in the prices of goods and services purchased by the citizens of a country. CPI is simply a measure of changes in the costs of living. Social Security taxes, income, investments in stocks, bonds, or life insurance do not enter into the CPI calculation. It does, however, include all sales taxes applicable to the purchase of those goods.

The rate of inflation is measured by comparing the prices of goods and services. An increase in CPI indicates that the country’s currency is losing its purchasing power and value.

Unemployment, a lagging data indicator, measures the number of jobs lost or created in the previous month as well as the percentage of citizens who are unemployed. Jobs created or lost in a month indicate economic health, which can have a significant impact on the currency value. If businesses hire more employees, it reflects good economic performance. With more and more people being employed, it can be predicted that people will have more money to spend, resulting in an increase in the country’s economy.

In contrast, an unexpected increase in unemployment or decline in employment rate can lead to a downward trend in market prices and affect the currency exchange rate. This may also indicate that employers cannot afford to hire additional employees.

PPI is the best example of a coincident data indicator. PPI tracks changes in prices in all goods-producing sectors that comprise mining, agriculture, forestry, manufacturing, and fishing. PPI also tracks price changes in a growing number of non-goods-producing sectors. The report includes data on the cost of finished goods, intermediate goods, and crude goods. It gathers data each month, and prices from thousands of establishments are compiled for evaluation.

PPI is an imperative data indicator as it is the first measure of inflation available in the month. This index captures price changes on a wholesale level before they appear on a retail level.

Trade Balance is another lagging indicator. A country’s trade balance is the difference between its imports and exports and reveals whether there is a deficit or surplus in trade. If more money is coming into the country than is leaving, it is referred to as a trade surplus. If more money leaves the country than it comes in, it would be a trade deficit. Trade deficits can result in significant domestic debt.

As a result of a large trade deficit, the local currency can de-value over time because it leads to significant debt. Additionally, this could also cause severe financial hardship for future generations, as they will be required to repay this debt.

The stock market is also a leading data indicator. Despite not being the most important indicator, it is the first indicator that most people look at. Share prices are partly determined by what investors expect companies will earn. According to the stock market, earnings estimates can be a good indicator of the economy’s direction.

For example, a declining market could be a hint of lower earnings for companies, and a recession could be on the way. In contrast, an upward trend may indicate higher earnings estimates and a healthy economy as a whole.

Before making any investment decisions, it is crucial to analyze economic data carefully. Keeping up with these data indicators will do wonders for your portfolio.

As you now have a better understanding of the key economic data that influence exchange rates, it’s time to put your knowledge make profitable. Open a forex account right away with an award-winning brokerage service provider in the financial markets, AximTrade, providing users with state-of-the-art and highly advanced MT4 execution and Copy Trade technology.

AximTrade offers top-notch technology, exceptional leverage, the lowest spreads, and a diversity of account types and investment capitals. Check the full AximTrade Review to learn more about the trading conditions and the company regulations. 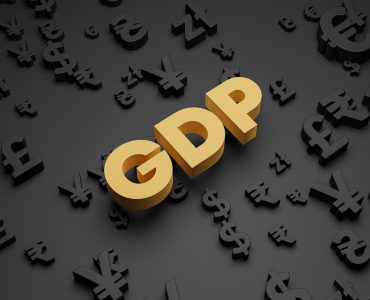 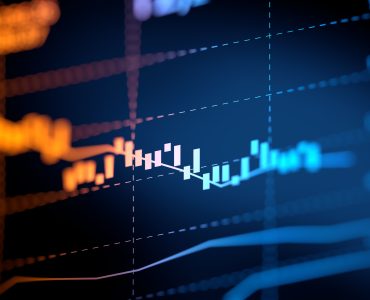 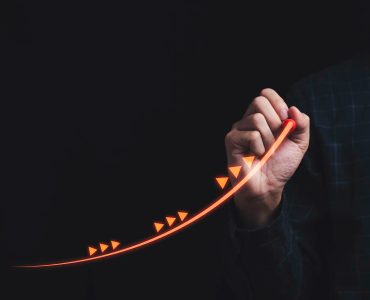