Hawkish and Dovish: Stances of Central Banks that Affect your Trading

Hawkish and dovish are common terms used specifically in financial markets to describe the central bank monetary policy stance. Policymakers are often portrayed as either hawkish or dovish as well according to their individual perception of monetary policy guidance. Both terms refer to different points of view on the policy path and its direct influence on the economy.

Eventually, the value of studying the market response to the release of economic reports or central bank activities can be reflected in the efficiency of the fundamental analysis. Forex traders are always trying to reach higher accuracy with their expectations of the market.

What is the Role of Central Banks?

A central bank is a financial institution that sets the monetary system for a nation. Central banks are given privileged authority to issue currency, function as the bank of the government, manage exchange reserves, regulate the credit system, oversee commercial banks and act as a lender of last resort. Central banks have a defined range of responsibilities that includes overseeing monetary policy and implementing specific tools to achieve main mandates such as currency stability, steady inflation, and full employment.

Central banks determine whether to raise or cut interest rates to achieve their policy mandates which are commonly inflation stability and job growth. Higher interest rates are intended to prevent economic growth and inflation from overheating, while lower rates are adapted to stimulate the economy.

What is Forward Guidance?

Forward guidance is a communication tool used by central banks to convey the economic situation and the potential path of monetary policy. It is a very effective approach to influence market expectations by revealing future monetary policy intentions.

Despite the ongoing controversy about its effectiveness, forward guidance has increasingly become a key tool for modern central banking. The Federal Reserve was one of the earliest major central banks to use forward guidance in its policy statements since the early 2000s.

However, the role of forward guidance became more significant in the wake of the financial crisis back in 2008. While banks had no other option but to be dovish as interest rates at their historical lows, it was important to expand monetary policy influence on the market through expectations of long-term interest rates.

Hawkish is seen as a positive tone, where a central bank considers tightening policy and hikes interest rates in wake of a better economic outlook. It is used normally to describe a contractionary monetary policy. Policymakers are described as hawkish when they talk about or support policy tightening by increasing interest rates or reducing stimulus. A monetary policy is seen as hawkish when a rate hike is forecasted, and when a central bank adopts a positive tone about the economic outlook.

Dovish is the total opposite. It is seen as a negative tone, as the central bank considers taking expansionary measures and cutting interest rates to fight economic downturns. A dovish statement is used when a central bank obtains a cloudy economic forecast regarding growth and inflation. Terms used in a dovish statement may include weak economic growth, increasing balance sheet, low inflation, stimulus, and interest rate cut.

A clear shift in any central bank’s stance from hawkish to dovish, or vice versa, tends to influence the currency directly. For example, the currency appreciates against other currencies if the central bank conveys a positive outlook after stating that the economy needs stimulus. Conversely when a bank refers that the economy is slowing down and inflation is decreasing, hinting at a possible rate cut and applying stimulatory measures. That’s how hawkish and dovish policy views affect the value of currency differently. Read more on currency appreciation and depreciation.

A neutral monetary policy intends to neither create growth nor fight inflation.

To achieve their policy mandates, central banks use monetary tools, mainly the interest rates, to achieve stable inflation, growth, and money supply in the economy.

The Role of Interest Rates

A dovish monetary policy stance aims for stimulating economic growth and employment, which is typically by cutting interest rates and sometimes signaling the possibility of further reductions. On the other hand, being hawkish means tightening policy through increasing the interest rate and/or reducing or exiting any monetary expansion. Market investors usually watch for hawkish and dovish signals from central banks and policymakers in order to anticipate future market direction.

Hawkish and dovish stances have a direct impact on market sentiment. Hawkish stance is often seen as a bullish factor that helps the currency to appreciate, while dovish is bearish as it implies lower rates and weak economic activity. Know more about Bullish and Bearish Markets.

In the world of forex trading, it is essential to frequently review the market news and to conduct analysis. While traders tend to avoid the complexity of fundamental analysis and rely on forex signals and trend analysis, understanding the financial market provides extensive skills for traders and more accurate prediction. Our market analysis team of technical and fundamental analysts provides weekly forex analysis and market outlook about the major currency pairs as well as top economic events and releases. Follow our forex news and get access to leading news feeds.

The educational articles and publications created by professionals are another helpful asset for forex traders to enhance their forex knowledge and trading strategies. AximTrade as a leading broker provides extensive trading tools and forex resources. The company provided its advanced CopyTrade platform with top-notch technology and highly efficient features. In addition, the company provides reliable trading conditions and one of the best forex trading accounts, and flexible leverage. 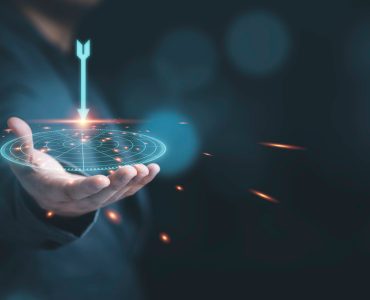 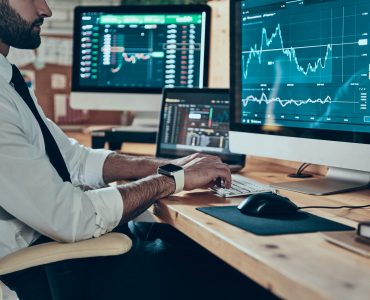 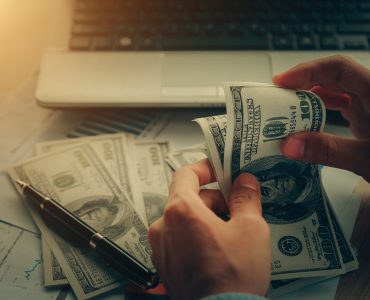 What’s the US Dollar Index and how can you trade it?